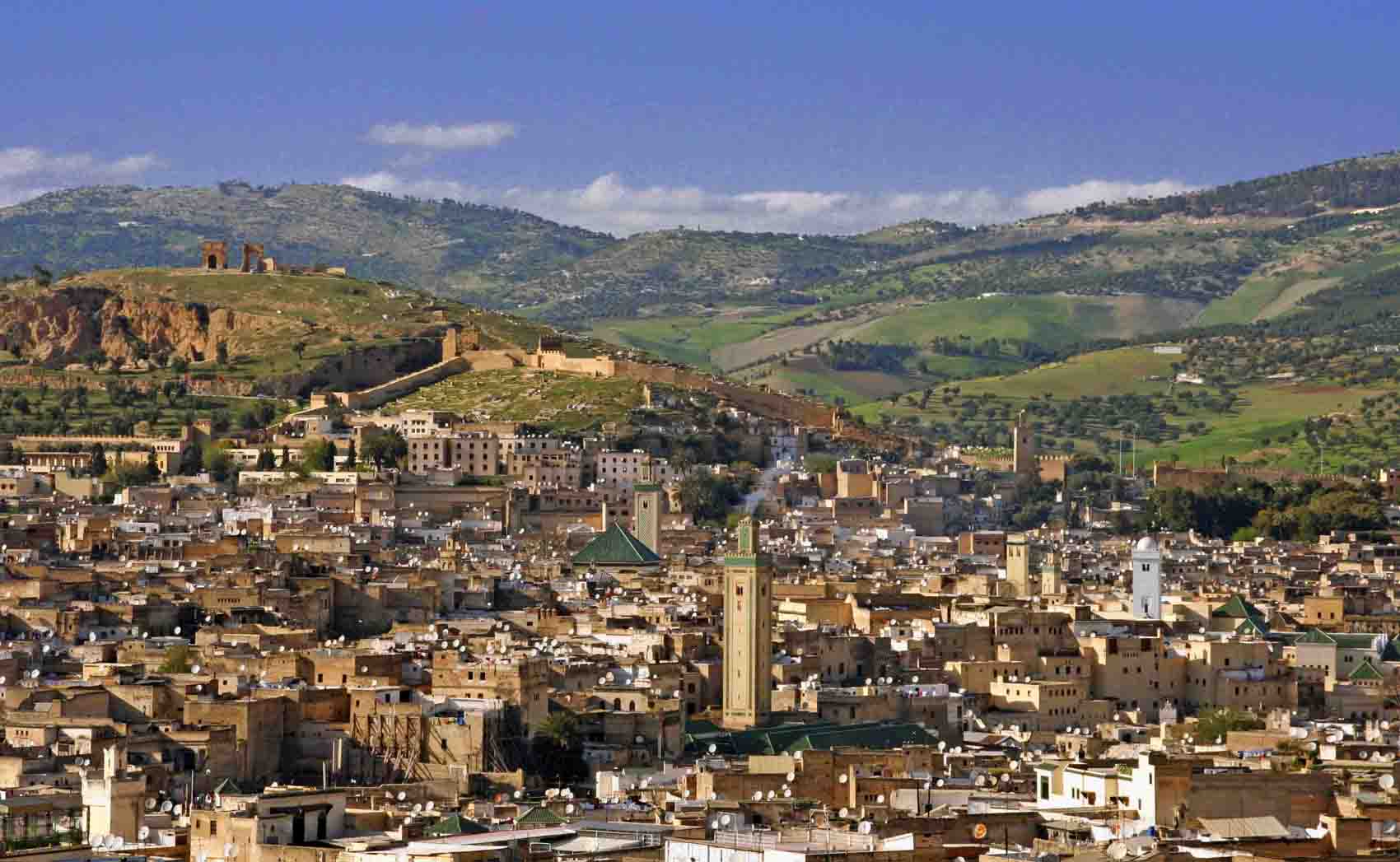 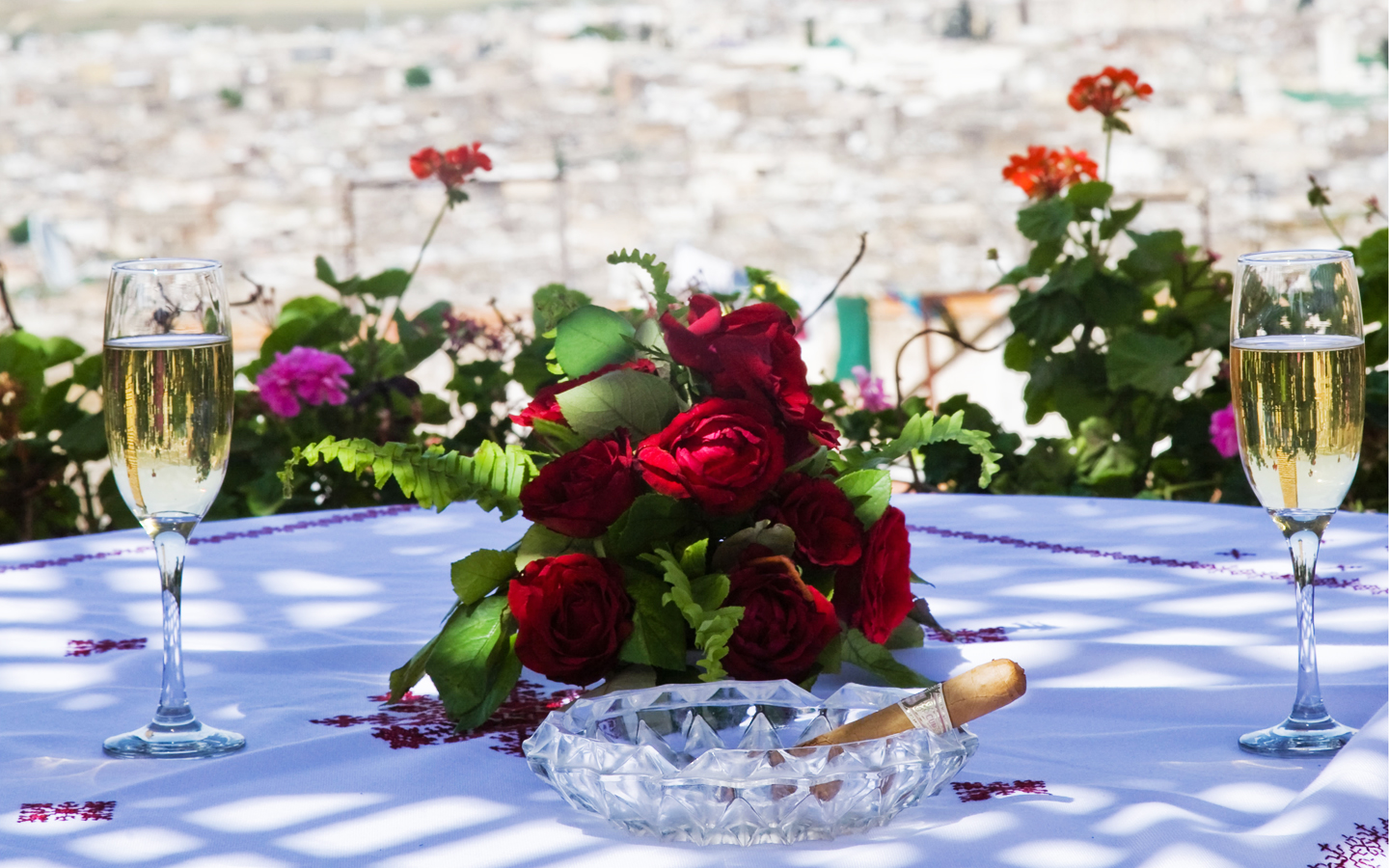 Fez is the oldest of Morocco’s imperial cities and a religious, intellectual and artistic center of great historic importance. Fez is an architectural treasure known for the most remarkable Medina in Morocco, an intact medieval city of souks and labyrinthine alleys. UNESCO has designated the entirety of the Fez Medina a World Monument.

Fez was founded by Idriss I in the eighth century. Under Idriss II, the fledgling city expanded and Idriss surrounded the left bank with walls. After his death, further development was delayed until the 11th century when Prince Youseff Ibn Tachfine united both halves of the city and built a wall around Fez. This security inaugurated a prolonged period of prosperity that would peak in the 14th century under the reign of the Merinides Dynasty.

Built by the first Muslim Dynasty, the Idrissids, the renowned medina sits on the banks of the Fez River. The Kairouiyine Mosque, constructed during the reign of Yahya ibn Muhammed, is founded in this cultural and spiritual medina. In 859, the University of Karueein, as it is now called, was officially founded, giving the Fez Medina the oldest university in the world.

Fez reached its height in the 13th–14th centuries under the Marinids, when it replaced Marrakesh as the capital of the kingdom. The urban fabric and the principal monuments in the medina such as madrasas, fondouks, palaces, residences, mosques and fountains represents the essence of the arabo-andalusian culture.

Although the political capital of Morocco was transferred to Rabat in 1912, Fez has retained its status as the country’s cultural and spiritual centre. It stands as one of the capitals of arabo-islamic culture.

This XIXth century arabo-andalusian palace ( ideally located in the heights of Fez Medina ) was the former main residence of the moroccan Vizir of finance.

The Palais Sheherazade have been restored by the best craftsmen of the kingdom to the highest architectural standards of the ancestral moroccan traditions. The restauration of the first Riad lasted 3 years and the hotel opened in 2002. This luxury hotel have greeted many international personalities, intellectuals and artists. Palais Sheherazade organises oftenly private and cultural events to perpetuate the tradition of this palace which greeted many prestigious events in its history.

The inventive moroccan gastronomy offered in the restaurant is inspired by ancestral recipes : it offers a refined, traditional and authentic cuisine.

In April 2015, the Palais Sheherazade opened an exceptional 700 m2 Spa by Anne Sémonin and completed a full restoration of its historical suites.

Interview with Joan Baez at the Palais Sheherazade on France 2